Wireshark is a network traffic analyzer, or "sniffer", for Unix and Unix-like operating systems. It uses GTK+, a graphical user interface library, and libpcap, a packet capture and filtering library.

The Wireshark distribution also comes with TShark, which is a line-oriented sniffer (similar to Sun's snoop, or tcpdump) that uses the same dissection, capture-file reading and writing, and packet filtering code as Wireshark, and with editcap, which is a program to read capture files and write the packets from that capture file, possibly in a different capture file format, and with some packets possibly removed from the capture.

Based on the "Troubleshooting" category.
Alternatively, view Wireshark alternatives based on common mentions on social networks and blogs. 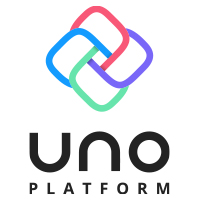 Do you think we are missing an alternative of Wireshark or a related project?

Wireshark is a network traffic analyzer, or "sniffer", for Linux, macOS, *BSD and other Unix and Unix-like operating systems and for Windows. It uses Qt, a graphical user interface library, and libpcap and npcap as packet capture and filtering libraries.

The Wireshark distribution also comes with TShark, which is a line-oriented sniffer (similar to Sun's snoop or tcpdump) that uses the same dissection, capture-file reading and writing, and packet filtering code as Wireshark, and with editcap, which is a program to read capture files and write the packets from that capture file, possibly in a different capture file format, and with some packets possibly removed from the capture.

The official home of Wireshark is https://www.wireshark.org.

The latest distribution can be found in the subdirectory https://www.wireshark.org/download

The Wireshark project builds and tests regularly on the following platforms:

Official installation packages are available for Microsoft Windows and macOS.

It is available as either a standard or add-on package for many popular operating systems and Linux distributions including Debian, Ubuntu, Fedora, CentOS, RHEL, Arch, Gentoo, openSUSE, FreeBSD, DragonFly BSD, NetBSD, and OpenBSD.

Additionally it is available through many third-party packaging systems such as pkgsrc, OpenCSW, Homebrew, and MacPorts.

It should run on other Unix-ish systems without too much trouble.

NOTE: The Makefile depends on GNU "make"; it doesn't appear to work with the "make" that comes with Solaris 7 nor the BSD "make".

Both Perl and Python are needed, the former for building the man pages.

If you decide to modify the yacc grammar or lex scanner, then you need "flex" - it cannot be built with vanilla "lex" - and either "bison" or the Berkeley "yacc". Your flex version must be 2.5.1 or greater. Check this with flex -V.

You must therefore install Perl, Python, GNU "make", "flex", and either "bison" or Berkeley "yacc" on systems that lack them.

Full installation instructions can be found in the INSTALL file and in the Developer's Guide at https://www.wireshark.org/docs/wsdg_html_chunked/

In order to capture packets from the network, you need to make the dumpcap program set-UID to root or you need to have access to the appropriate entry under /dev if your system is so inclined (BSD-derived systems, and systems such as Solaris and HP-UX that support DLPI, typically fall into this category). Although it might be tempting to make the Wireshark and TShark executables setuid root, or to run them as root please don't. The capture process has been isolated in dumpcap; this simple program is less likely to contain security holes and is thus safer to run as root.

Please consult the man page for a description of each command-line option and interface feature.

Wireshark can read packets from a number of different file types. See the Wireshark man page or the Wireshark User's Guide for a list of supported file formats.

Wireshark can transparently read gzipped versions of any of those files if zlib was available when Wireshark was compiled. CMake will automatically use zlib if it is found on your system. You can disable zlib support by running cmake -DENABLE_ZLIB=OFF.

Although Wireshark can read AIX iptrace files, the documentation on AIX's iptrace packet-trace command is sparse. The iptrace command starts a daemon which you must kill in order to stop the trace. Through experimentation it appears that sending a HUP signal to that iptrace daemon causes a graceful shutdown and a complete packet is written to the trace file. If a partial packet is saved at the end, Wireshark will complain when reading that file, but you will be able to read all other packets. If this occurs, please let the Wireshark developers know at [email protected]; be sure to send us a copy of that trace file if it's small and contains non-sensitive data.

Support for Lucent/Ascend products is limited to the debug trace output generated by the MAX and Pipline series of products. Wireshark can read the output of the wandsession, wandisplay, wannext, and wdd commands.

Wireshark can also read dump trace output from the Toshiba "Compact Router" line of ISDN routers (TR-600 and TR-650). You can telnet to the router and start a dump session with snoop dump.

CoSine L2 debug output can also be read by Wireshark. To get the L2 debug output first enter the diags mode and then use create-pkt-log-profile and apply-pkt-lozg-profile commands under layer-2 category. For more detail how to use these commands, you should examine the help command by layer-2 create ? or layer-2 apply ?.

To use the Lucent/Ascend, Toshiba and CoSine traces with Wireshark, you must capture the trace output to a file on disk. The trace is happening inside the router and the router has no way of saving the trace to a file for you. An easy way of doing this under Unix is to run telnet <ascend> | tee <outfile>. Or, if your system has the "script" command installed, you can save a shell session, including telnet, to a file. For example to log to a file named tracefile.out:

Wireshark will attempt to use reverse name resolution capabilities when decoding IPv4 and IPv6 packets.

How to Report a Bug

Wireshark is under constant development, so it is possible that you will encounter a bug while using it. Please report bugs at https://gitlab.com/wireshark/wireshark/-/issues. Be sure you enter into the bug:

If the bug is produced by a particular trace file, please be sure to attach to the bug a trace file along with your bug description. If the trace file contains sensitive information (e.g., passwords), then please do not send it.

If Wireshark died on you with a 'segmentation violation', 'bus error', 'abort', or other error that produces a UNIX core dump file, you can help the developers a lot if you have a debugger installed. A stack trace can be obtained by using your debugger ('gdb' in this example), the wireshark binary, and the resulting core file. Here's an example of how to use the gdb command 'backtrace' to do so.

There is no warranty, expressed or implied, associated with this product. Use at your own risk.