Based on the "Control Panels" category.
Alternatively, view Webmin alternatives based on common mentions on social networks and blogs.

Your projects are multi-language. So is SonarQube analysis. Find Bugs, Vulnerabilities, Security Hotspots, and Code Smells so you can release quality code every time. Get started analyzing your projects today for free.
Promo www.sonarqube.org

* Code Quality Rankings and insights are calculated and provided by Lumnify.
They vary from L1 to L5 with "L5" being the highest.

Do you think we are missing an alternative of Webmin or a related project?

Webmin is a web-based system administration tool for Unix-like servers, and services with over 1,000,000 installations worldwide. Using it, it is possible to configure operating system internals, such as users, disk quotas, services or configuration files, as well as modify, and control open-source apps, such as BIND DNS Server, Apache HTTP Server, PHP, MySQL, and many more. 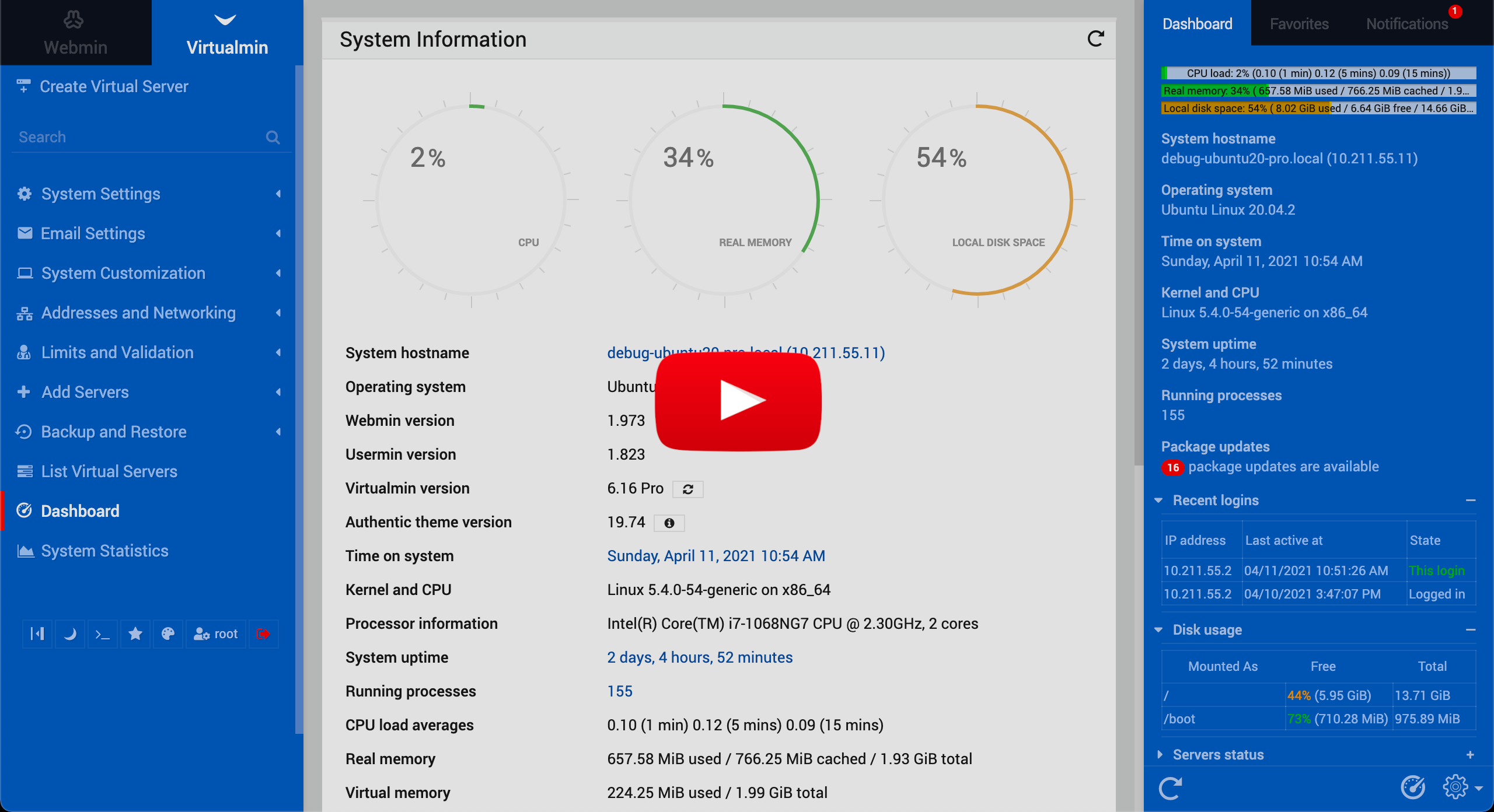 Usability can be expanded by installing modules, which can be custom made. Aside from this, there are two other major projects that extend its functionality:

Webmin includes 116 standard modules, and there are at least as many third-party modules.

Webmin can be installed in two different ways:

Complete set of documentation for Webmin and all of its modules can be found at out Wiki page.

Webmin is released under the BSD License.


*Note that all licence references and agreements mentioned in the Webmin README section above are relevant to that project's source code only.

Do not miss the trending, tools, news and articles with our weekly report.